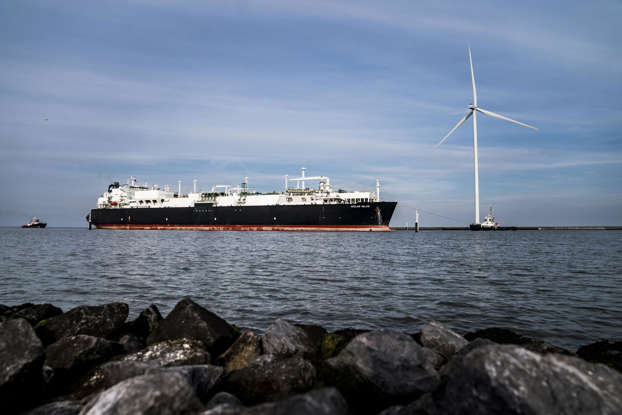 Several European countries are turning to high-tech floating vessels in a bid to reduce their reliance on Russian energy. Moscow has fueled an energy crisis in Europe by cutting off key pipeline gas supplies, but the specialist ships will enable countries like Germany to import seaborne natural gas for the first time.

At least 25 floating storage and regasification units (FSRUs) are headed to Europe, according to S&P Global. Moored offshore, the FSRUs store and then reheat liquefied natural gas before pumping it onshore. That allows countries on the continent to import energy by sea from major exporters like the US, Qatar, and Australia.

The North Atlantic Treaty Organization has threatened to retaliate against those responsible for the damage to the Nord Stream natural gas pipelines that run between Russia and Europe.

NATO issued a statement on Thursday saying the leaks were of “deep concern” and would be met with a “united and determined response.”

“All currently available information indicates that this is the result of deliberate, reckless, and irresponsible acts of sabotage. These leaks are causing risks to shipping and substantial environmental damage. We support the investigations underway to determine the origin of the damage,” the statement read.

“We, as Allies, have committed to prepare for, deter and defend against the coercive use of energy and other hybrid tactics by state and non-state actors. Any deliberate attack against Allies’ critical infrastructure would be met with a united and determined response.”

The statement came after the Swedish coast guard said a fourth leak had been discovered on the Nord Stream pipelines.

“Two of these four are in Sweden’s exclusive economic zone,” coast guard spokesperson Jenny Larsson told the Svenska Dagbladet newspaper on Wednesday night, adding that the other two breaches were in Denmark’s zone, Reuters reported.

The initial leak was detected on Monday in Nord Stream 2 as a drop in pressure was observed in both pipelines.

Jens Stoltenberg, the NATO secretary-general, met Danish defence minister Morten Bødskov on Wednesday and said he had “addressed the protection of critical infrastructure in NATO countries”, per the Financial Times.

“Russia has a significant military presence in the Baltic Sea region and we expect them to continue their saber-rattling,” Bødskov told the newspaper.

Europe is now bracing for more disruption as tensions escalate, with the FT reporting that Norway – now the EU’s biggest gas supplier  – was deploying its military to protect oil and gas installations.

On Tuesday, German lawmaker Roderich Kiesewetter called the leaks “sabotage” by Russia, while former CIA director John Brennan told CNN on Wednesday: “This is clearly an act of sabotage of some sort and Russia is certainly the most likely suspect.”

Several weeks ago, the CIA told Germany that the Nord Stream pipelines could be attacked, Germany’s Der Spiegel newspaper reported.

The Swedish coast guard did not immediately respond to Insider’s request for comment.

Piracy Attacks On Oil Facilities And Vessels: An Issue The U.S. Could Soon Face

Piracy attacks against crude oil tankers have taken place in the Gulf of Guinea, Horn of Africa, and Malacca Strait over the last 20 years…

President Vladimir Putin on Tuesday touted Russia’s Arctic power at a flag-raising ceremony and dock launch for two nuclear-powered icebreakers that will ensure year-round navigation in the Western Arctic.

Please contact us to see how Maerospace can evolve the protection of your critical maritime economic domain.